I’ve been mostly offline, mainly because I begun to clean my bookshelves last Friday and it spread a bit. It took me three days to clear the books and organize the shelves and then I had to clear my writing desk and the chests underneath in order to get everything out and re-organized. It took two days..

Today I’ve been cleaning the ”boys room” which used to be first eldest and middlest son’s room and then middlest and youngest one’s room and now it just middlest’s. But since there were so many layers of history to go through it takes time to clean.

But now it’s all done! Now I only need to take the overflow books to the second hand center (for a big 2nd hand shop retailer) and get some clear plastic boxes for all the myriad of playing cards we have obtained from our travels… There’s some jigsaw puzzles too which some I’m keeping and some I’ll give to my cousin’s little boy. I used to do a lot of puzzles before we had kids but now the cat likes to sleep on them so it’s a bit of a hindrance.

I managed to listen to all of the Alexander Gregory stories by LJ Ross. The first two were read by Hugh Dancy and they were good but I must say that RA’s reading is on a different level all together. (Or maybe I’m just biased.) I also listened to a podcast about opera made by a Finnish actor Antti Holma. He is very funny and he lives now in NYC because his husband is one of the harpists in Met so he made a podcast of how to opera.

I also started the Sandman audioplay (that’s probably the best word for a comic turned into an audiobook) and it’s very good. I love Neil Gaiman’s voice as the narrator, he was so good in reading ’The Ocean at the end of the lane” too which is one of his best novels imo.

On Monday when it was a bit less windy and more sunny I managed to finish ”Milkman”, a novel by Anna Burns sitting outside. It was a hard read. Actually in the middle I just leafed it through so I know what happened. I seldom leave a book unfinished because I think you can always get something out of a novel but boy this one was hard.

As middlest son left to the army I inherited his root. First he said he’d dry it but I said I’d try to bake some bread with it and so I did. We went to movies on Friday to see ”Parasite” and I bought a book about how to bake with a root. On Sunday I took a bit of the root and on Monday evening I finally started the dough and yesterday baked a lovely sourdough bread. It’s so good I’d eat it all alone.

About ”Parasite”: I really liked it. It’s one of those that sink in later. A great movie, very Oscar-worthy and a globally touching story. In the movie theater we had our own row, there were some people on other rows but you’d only buy tickets for two people and then there’d be two empty chairs between other people but since we were just three and there were not many people we sat together. (Sorry for the confusing text.)

Now I’m going to watch some tv. I started to watch ”Stateless”, an Aussie serie in Netflix and it’s very good about paperless immigrants and a woman who’s escaping a cult ends up in the same detention centre. It’s very interesting and it’s also got Cate Blanchett in it who I think is the most beautiful woman on Earth and my fave actress. Some of the New Zealand-made Netflix series have also been very good, I especially liked ”Wanted” and not only because of Deano (*blushing*). He was also very good in ”The Bad seed” but I don’t know if that’s on Netflix since I watched it via our public broadcast company YLE.

But now Sirius needs some scratches and I need coffee and knitting and tv 🙂 CU. 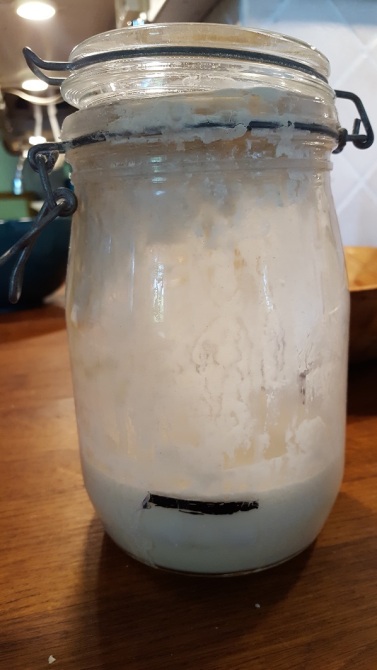 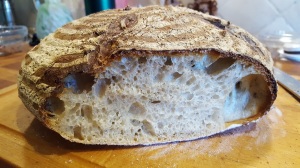 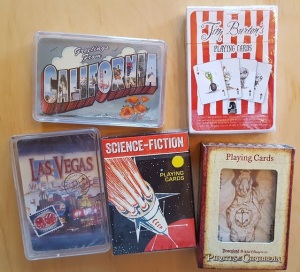 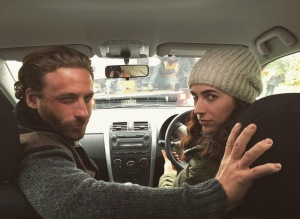