I’ve been working from home this week. I thought I couldn’t because I’m an assistant librarian and there’s not so much for me to do from home but my boss had thought about it and suggested I’d begin to put up our library’s blog which has been a long-discussed project and so hubby drove me to my work last Monday and I picked up a laptop to go and then he came and drove me back home. We had a short briefing with my colleague (she lives quite literally next door) and I also had a chat with Tuija in the office, she was  the only one there. There was also four of our doormen since their boss is a d**khead and doesn’t let them do other jobs the city could use them for, so they sit in the empty house without anything purposeful to do.

I finally managed to get the blog together yesterday but I’m not happy about the look and I think I need to tweak it still. I think mostly my unhappiness with it comes from the point that I haven’t been able to show it to anyone and have been alone on it. It’s a collective thing and I feel awkward doing the basic outlook by myself, I need mirroring and brainstorming. On Thursday I was so frustrated with the whole thing that I did a longish walk to the grocery store, it took me over an hour all together but afterwards I was in a much happier place.

On the other hand there’s been lots of good things too since I’ve been learning something new every day. I couldn’t get the laptop into my workplace VPN from home but with a little help from one of my colleagues I managed to get get over it and do something else instead so now I can do most things like I was in the library on my own workplace.

I like to be at home but I miss my daily walk to the metro train station and it’s too easy to let the working hours spread into the evening by ”I’ll just do this quickly” you know. I have never been great on working from home and I still prefer going to the actual work place and after working hours to close the PC and door and get home. also I get less reading done since I don’t have to commute. It’s not easy to pick a book for lunch because I could more easily just work through the lunch time and eat a sandwich or something by the laptop.

Now the government has closed the most southern part of Finland off of the rest of the country because people were swarming to Lapland and summer cottages to smaller districts which have less capacity if people fall ill and need ICU. How idiotic can people be? Einstein said it right:

“Two things are infinite: the universe and human stupidity; and I’m not sure about the universe.”

Well anyways. This too shall pass. Meanwhile enjoy Richard in a nice jumper. 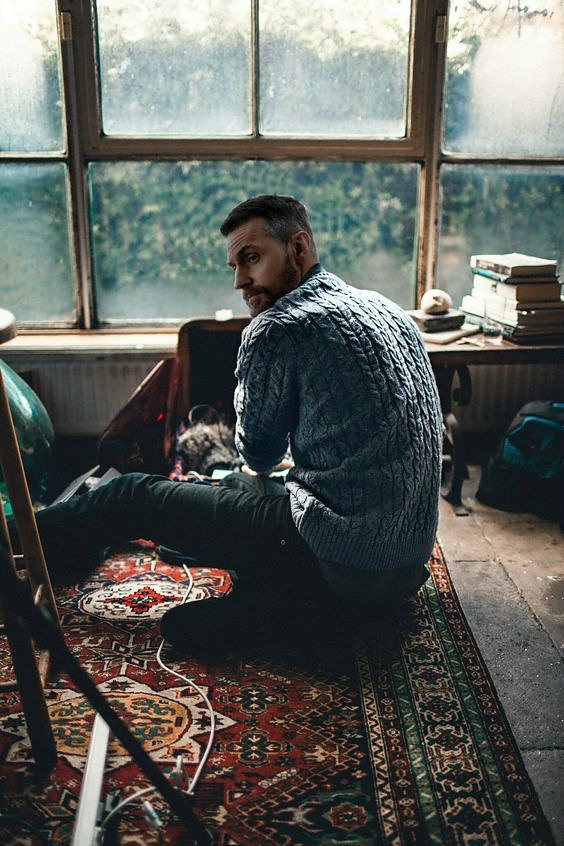