Yesterday I made another outing and decided to check on the old fortresses we have in the neighbourhood.

They are part of a string of defence fortresses cut into the rock in the 1914 when Finland was still part of the Russian empire. They were built just before the WWI as Germany declared war against Russia and never used. Now they are grown full of trees, there’s all kids of junk and kids (and teens) love to play in them. Hubby used to play in them as a child in the 1970’s and he says they were quite unsafe. Some that are located near residential areas are often used as compost for garden waste which is a disgrace. 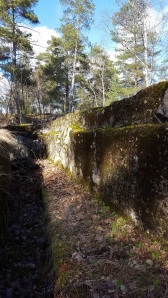 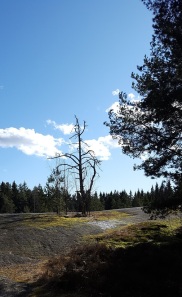 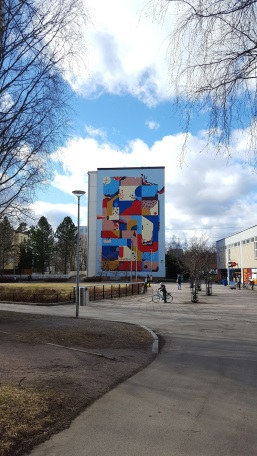 The first one is actually pretty near to our house (around 500 metres) and on the way to kid’s school. The others are on the other side of the school, about a mile from my house and I just had to take a pic of the murals too.

I hope you enjoy the photo journey 🙂