The concert on Friday was awesome, we had so much fun with Heidi and I think the people at the club and the musicians too enjoyed the show very much. They played two and a quarter-hour and I danced all the time. Boy my legs were jelly (and still are) but it was worth it.

I almost forgot to tell you! I was rewarded at work and received a nice sum of couple hundred Euros. I was flabbergasted since I’ve never gotten anything (except the reward everyone gets after ten-twenty years of service). I’m quite happy, now I don’t have to worry so much over my financies in London.

I’m including some pics here. The last one is of cinnamon buns youngest son baked just now, they are so good! 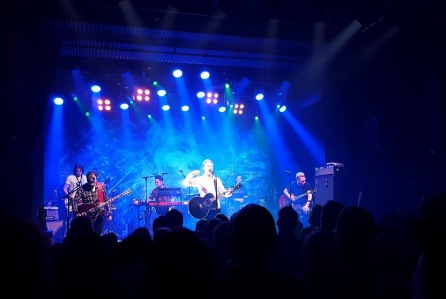